Get fresh music recommendations delivered to your inbox every Friday.
We've updated our Terms of Use. You can review the changes here.

Under The Motherland's Flag EP 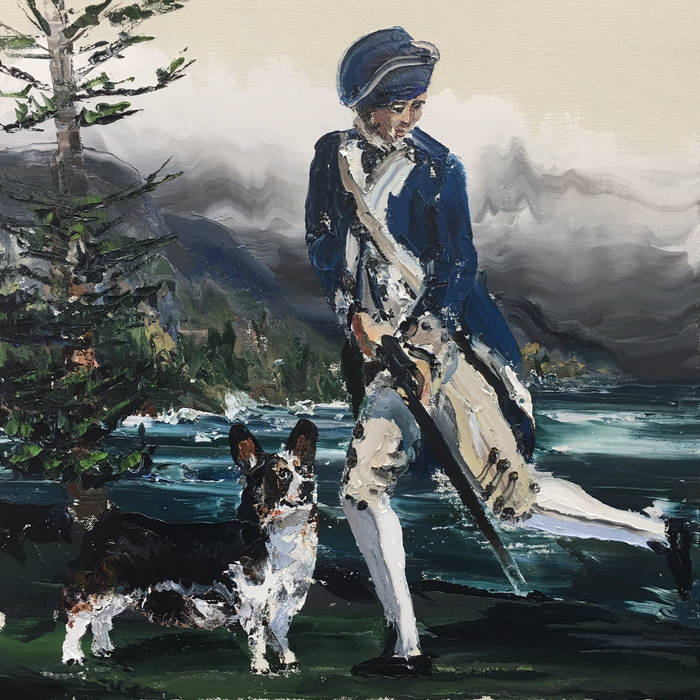 I wanted to put out an EP of songs that had a binding lyrical narrative, on the theme of Australia’s indigenous people. Also wanted to release these tunes on Australia Day 2017 and mark the fact that as one side celebrates and the other mourns, that is not cause for any celebration at all. Change the date.
Recorded in my studio over a few months last winter 2016 with engineer Andy Vinall.

Your Own History (Jim Moginie)

Bruce Pascoe is an Australian Indigenous writer, from the Bunurong clan. After reading Bruce’s work, I was inspired to write this. His work reveals that before the arrival of Europeans, Aboriginal people had agriculture, stone dwellings and fish traps which puts to rest the notion that Aboriginal people were nomadic, a lie that enabled the invaders to explain away the sudden disappearance of our original inhabitants. And the effect that this unspoken fact has had on the psyche of the Australian way of life.
The song took a while to write, and was recorded simply with bouzouki, harmonium and acoustic bass.

Co-written with Neil Murray, my favourite Australian songman. Based on a bouzouki lick that I played that Neil liked, we put it together in a hotel room in Darwin after one of our duo shows. Neil finished the lyrics a few weeks later and sent them on to me.

The song explores the memory held by the land, memory of the people and previous inhabitants, moving through the landscape as if in a dream. It’s full evocative lines like ‘I see the old ones, I see them proud, I see their love still in this ground’ and ‘a forest temple, an empty beach, any place is within reach’.
I recorded it with Sydney’s Lozz Benson who added drums, footstomps, percussion and backing vocals.

This song is a lost song written in the mid 1990’s which was part of an abandoned ‘ROCK OPERA’. Some of the other songs from this work ended up on Midnight Oil’s album ‘Capricornia’. Again with Lozz on drums, I love this drum track. I played the other instruments.

By trying to educate Aboriginal people with European customs, the Europeans presumed their culture was a civilising influence, whereas it was much more barbaric that the culture it sought to eradicate.

It Must Be Adieu (JIm Moginie)

Inspired by the story of Pemulwuy, an Eora man who grew up in Botany Bay and fought the white man after spearing the soldier MacIntyre as payback for killing Aboriginal people. He was a warrior in the uncommemorated civil war that happened with the arrival of the Europeans. Known as a cleverman for his ability to evade arrest, his bushcraft and most famously his escape from a prison hospital wearing a leg iron with a buckshot wound to his head.

I had the piano piece recorded separately, very much in the style of an Irish slow air, and managed to marry it to the song with a bit of editing.

Jim Moginie’s 45 year contribution to Midnight Oil cannot be overstated. He is currently touring with his band The Family Dog. Jim has toured the world with the AustralianChamberOrchestra. He is a record producer (Sarah Blasko), collaborator(Carolina Eyck, Kev Carmody), film composer and a fully fledged solo artist. ... more